Building an effective and equitable public notice system is a complex public policy challenge. Against the backdrop of the ongoing debates across state legislatures regarding the future of this system, we wanted to share our analysis of the data we've accrued and the perspective we have gained on this topic while building Column.

Public notice is a long-standing legal tradition that requires the distribution of important updates to the general public. Column has built a software platform that helps media businesses collaborate with their partners in government and the legal system to perform this process and distribute public interest information to the communities they serve.

As a public benefit company (B-Corp), Column's charter includes a commitment to serving this ecosystem of stakeholders, from the media businesses that rely on public notice for revenue and have been the stewards of this system for centuries, to the government officials tasked with compliance and transparency, to the citizens who are impacted by the decisions they make. We are on a mission to improve the utility of public interest information, beginning with public notice.

We see an opportunity for the media industry — particularly newspapers — to drive innovation on this issue in a way that benefits the public, and we founded Column to provide the technological muscle behind that innovation. We expect the advent of our technology and our collaborative partnerships with media enterprises to materially change the narrative about the public notice process.

According to data aggregated by Quorum, the 2021 legislative sessions saw 104 proposals under consideration across the 50 U.S. state legislatures that would modify, reduce or expand public notice policies and regulations. 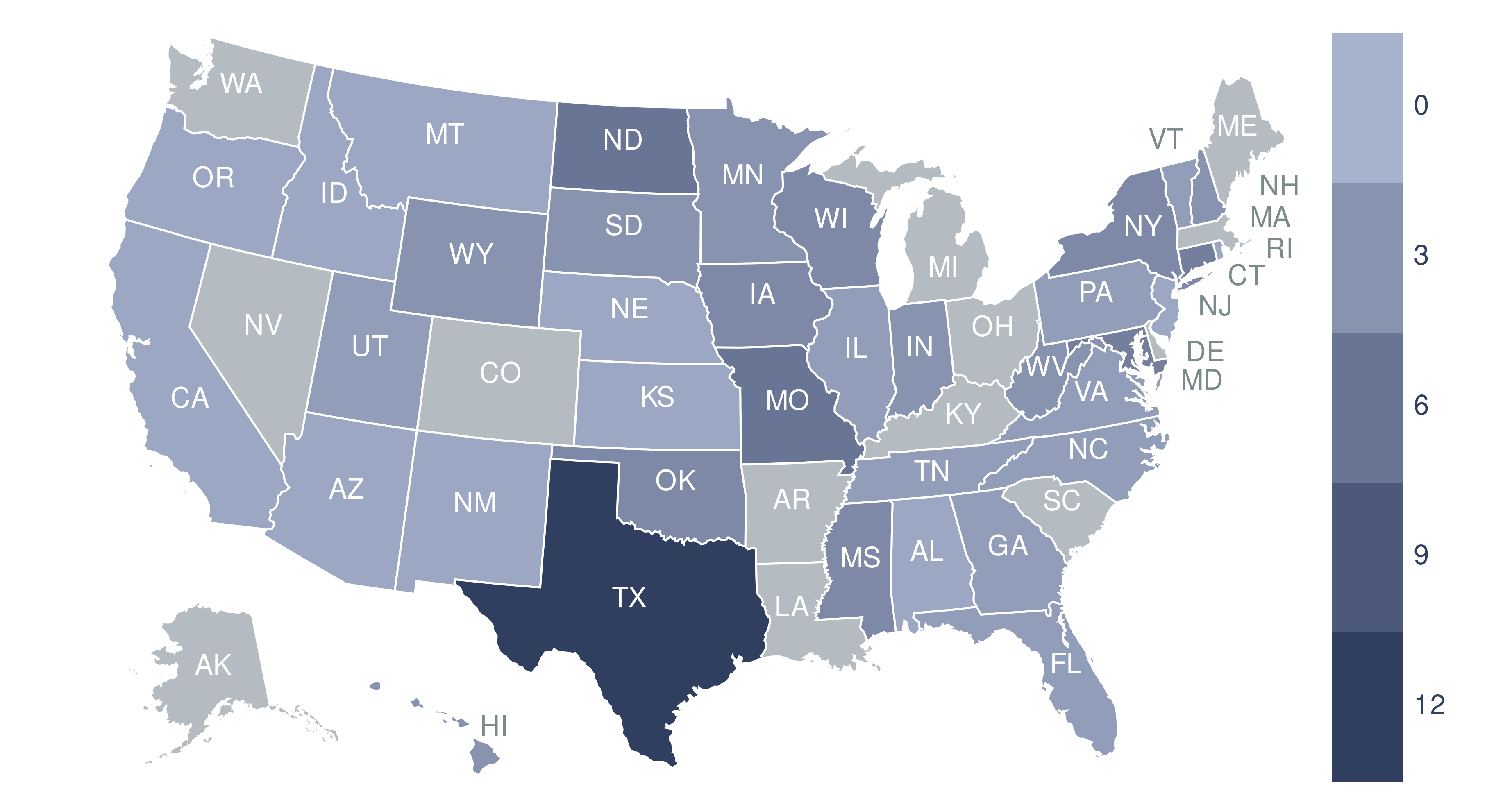 Quorum's data show that a similar number of bills was introduced last year and the year before. In fact, the volume of proposals to change public notice requirements has remained relatively consistent for the past decade.

It is easy to understand why. As print newspaper circulation has waned, policymakers have begun to see newspaper distribution of notice as a broken utility. While some publishers have made strong efforts to ensure that notices are also accessible online, many have not. Regardless of the medium, the process remains costly and time-consuming for public officials, and legislators read stories of the declining print business leaving some communities without any newspaper at all.

This year's conversations felt more heated than usual, as both municipalities and newspapers grapple with the financial realities of the COVID-19 pandemic. A higher percentage of proposals have been enacted so far this year than in years past, with several states, including Florida, Indiana and Texas, advancing rather drastic changes farther into the legislative process than ever before.

But there is another new factor in this year's public policy conversations: Column.

Since our launch in 2020, a growing number of media businesses and their policy advocates have adopted the Column platform in hopes of aligning stakeholders around a better future for public notice.

Column has developed a new system, continuously improving system for the public notice process, making it easier for publishers to offer a great user experience and helping government officials and law firms track regulatory compliance and the distribution of public interest information within their communities.

From there, we've been able to start helping members of our advocacy program derive insights into this system at scale, helping them participate more effectively in the policy-making process. 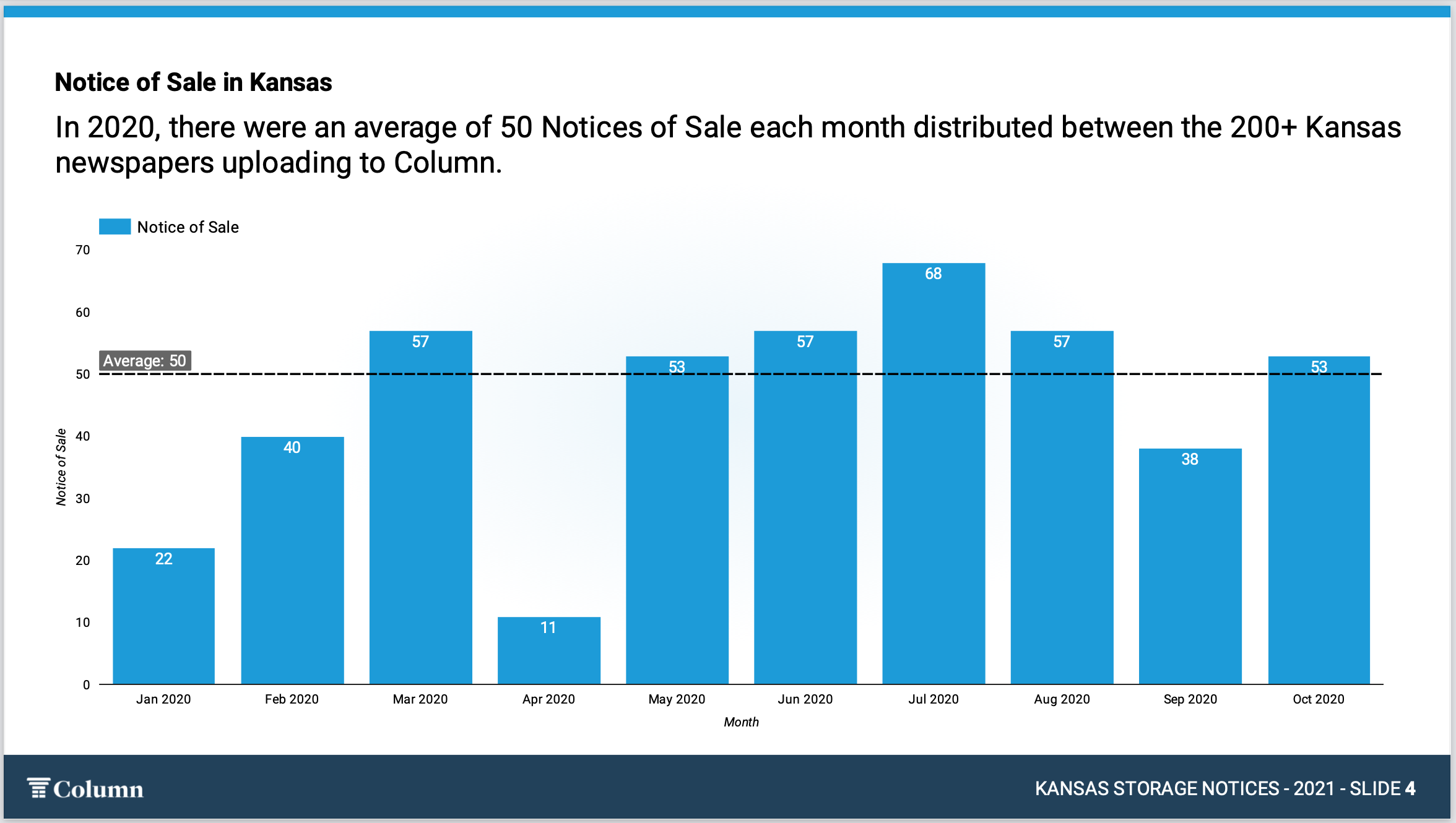 What is public notice? When you strip away the complicated processes and the layers of stakeholder interests that surface in public notice policy debates — media business revenue, public sector expenditures, the tension between journalists and politicians — the system eventually boils down to an inspiring set of democratic principles.

Public notice is based on the notion that there are events, transactions and decisions happening every day in communities that affect the people who live there. At some point, we collectively decided that information about those events should not just be made passively available, but proactively distributed to notify the public.

Since news businesses are the largest information distributors serving their respective communities, it makes sense to center this process around a collaboration between media and government. Newspapers act as an independent, journalistic institution that create standardization and accountability in this process.

In America, public notice generally isn't complete until an independent third party issues an affidavit attesting to the distribution of the content, a certified notary public notarizes the affidavit and the documentation is placed on file with the local courthouse clerk. This process — which before Column often involved scissors, stamps, staples, envelopes and filing cabinets — is based on a similar underlying principle. If you strip away the layers of bureaucracy, there is value in creating verifiable proof of important decisions and transactions, and entering that proof in the ledger of events that forms the legal record of that locality.

If you could aggregate and parse all of the legalese printed on affidavits and stored in accordion files in the basement of county courthouses throughout our country, you could reconstruct much of America's story. This inspires us at Column and reminds us why public notice matters.

We see unrealized potential to benefit the public, government, commerce and media in our work. We are building a sophisticated technological architecture to support the distribution of public interest information, beginning with public notice. That is the mission of Column, and it's written into our charter as a public benefit corporation.

This year, Florida become the first state to allow distribution of notice on a newspaper's website in lieu of print publication. The legislation established audience thresholds and reporting requirements that must be met in order to qualify to distribute notices.

As we begin to build out our platform to support this new set of requirements, it's clear that the public policy framework that emerged over the last few centuries to systematize the principles of public notice is changing, and will continue to change at an accelerating pace.

At Column, we believe that the most successful changes will be those that effectively maintain the underlying principles of public notice and the important role media of businesses in creating transparency and accountability.

One of our operating principles at Column is to do the hard work. We travel to communities large and small to speak with the stakeholders of this process and understand their values and experiences. We participate in policy discussions and attend legislative hearings alongside our partners. We aren't just here to write editorials and opine about the importance of government accountability and the value of media distribution. We are here to write code, and to design material improvements to a system that we believe deserves them.